Storage networking is becoming increasingly important, especially with the emergence of SAN over IP technologies. It plays an important role in resource consolidation and management for various systems, spanning from a large-scale data center to a set of interconnected workstations. However, existing storage systems may not scale well under the load from relatively large number of clients. Local disk caching has the potential to solve this problem by leveraging data locality with client-side storage, but it is lacking for typical storage networks.

Dm-cache solves this problem by providing a generic block-level disk cache for storage networking. It is built upon the Linux device-mapper, a generic block device virtualization infrastructure. It can be transparently plugged into a client of any storage system, including SAN, iSCSI and AoE, and supports dynamic customization for policy-guided optimizations. Experimental evaluation based on file system benchmarks and typical applications show that dm-cache can significantly improve the performance and scalability of a storage system by orders of magnitude.

Currently this project is focusing on applying dm-cache to cloud computing. Block-level distributed storage systems (e.g., SAN, iSCSI) are commonly used in the emerging cloud computing systems to provide virtual machine (VM) storage. They allow fast VM migration across different hosts and improved VM availability leveraging typical fault-tolerance measures (e.g., RAID) available in such storage systems. However, as the size of cloud systems and the number of hosted VMs rapidly grow, the scalability of shared block-level storage systems becomes a serious issue. This project proposes to address this issue by using client-side storage to implement block-level caching and exploit the data locality available in VM data accesses. By leveraging the capacity of fast storage devices such as SSD available on the VM hosts, this approach has the potential to substantially improve the performance of VMs and the load on the shared storage system. This approach is implemented upon dm-cache, a generic block-level caching utility. Our current prototype supports cache sharing across different co-hosted VMs in order to maximize cache utilization. 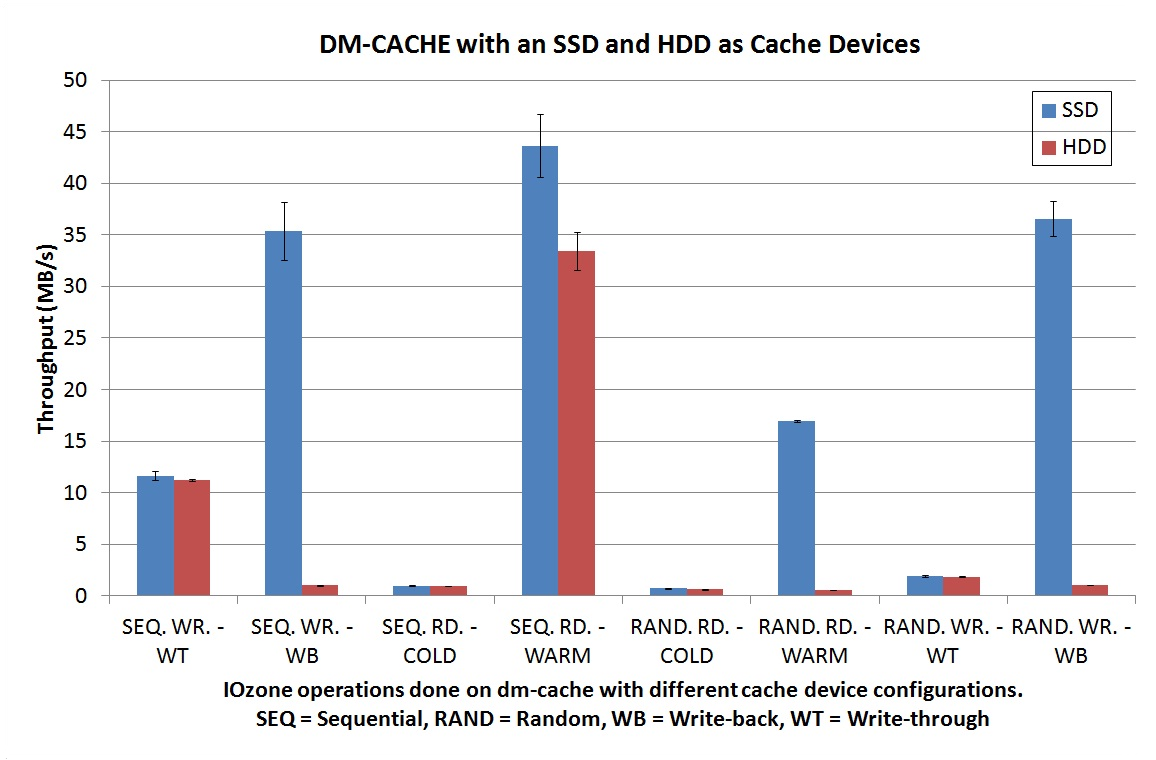 This material is partially sponsored by CloudVPS, a leading cloud service provider from the Netherlands, Marvell, a leading semiconductor company, and the National Science Foundation under grants CCF-0937973 and CCF-0938045. The initial dm-cache code was developed during Dr. Zhao’s summer internship at IBM Research.